Scuba diving is a form of underwater diving in which a diver uses a self contained underwater breathing apparatus (scuba) to breathe underwater.

Unlike other modes of diving, which rely either on breath-hold or on air pumped from the surface, scuba divers carry their own source of breathing gas, (usually compressed air), allowing them greater freedom of movement than with an air line or diver's umbilical and longer underwater endurance than breath-hold. Scuba equipment may be open circuit, in which exhaled gas is expelled to the surroundings, or a closed or semi-closed circuit rebreather, in which the breathing gas is scrubbed to remove carbon dioxide, and the oxygen used is replenished from a supply of feed gas before being re-breathed.

A scuba diver usually moves around underwater by using fins attached to the feet, but external propulsion can be provided by a diver propulsion vehicle, or a sled pulled from the surface.

The closed-circuit rebreathers were first developed for military use, due to their stealth advantages. The first commercially successful closed-circuit scuba was designed and built by English diving engineer, Henry Fleuss in 1878, while working for Siebe Gorman in London. His self contained breathing apparatus consisted of a rubber mask connected to a breathing bag, with (estimated) 50-60% O2 supplied from a copper tank and CO2 scrubbed by rope yarn soaked in a solution of caustic potash; the system giving a duration of about three hours.

Sir Robert Davis, head of Siebe Gorman, perfected the oxygen rebreather in 1910 with his invention of the Davis Submerged Escape Apparatus, the first practical rebreather to be made in quantity.

Rebreathers have been increasingly used by civilians for recreation, especially since the end of Cold War. This reduced the perceived risk of attack by Communist Bloc forces, including by their combat divers. After that, the world's armed forces had less reason to requisition civilian rebreather patents, and automatic and semi-automatic recreational diving rebreathers started to appear.

The first commercially successful scuba sets were the Aqualung twin hose open-circuit units developed by Emile Gagnan and Jacques-Yves Cousteau, in which compressed air carried in back mounted cylinders is inhaled through a demand regulator and then exhaled into the water adjacent to the tank.

The single hose two stage scuba regulators trace their origins to Australia, where Ted Eldred developed the first example of this type of regulator, known as Porpoise scuba gear. This was developed, because patents protected the Aqualung's twin hose design. The single hose regulator separates the cylinder from the demand valve, giving the diver air at the pressure at their mouth, not that at the top of the cylinder. 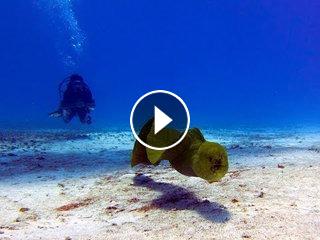