BILL MOYERS: You've no doubt figured out my bias by now. I've hardly kept it a secret. In this regard, I take my cue from the late Edward R. Murrow, the Moses of broadcast news.

Ed Murrow told his generation of journalists bias is okay as long as you don't try to hide it. So here, one more time, is mine: plutocracy and democracy don't mix. Plutocracy, the rule of the rich, political power controlled by the wealthy.

Plutocracy is not an American word but it's become an American phenomenon. Back in the fall of 2005, the Wall Street giant Citigroup even coined a variation on it, plutonomy, an economic system where the privileged few make sure the rich get richer with government on their side. By the next spring, Citigroup decided the time had come to publicly "bang the drum on plutonomy."

And bang they did, with an "equity strategy" for their investors, entitled, "Revisiting Plutonomy: The Rich Getting Richer." Here are some excerpts:

"Asset booms, a rising profit share and favorable treatment by market-friendly governments have allowed the rich to prosper...[and] take an increasing share of income and wealth over the last 20 years..."

"...the top 10%, particularly the top 1% of the US-- the plutonomists in our parlance-- have benefited disproportionately from the recent productivity surge in the US...[and] from globalization and the productivity boom, at the relative expense of labor."

"...[and they] are likely to get even wealthier in the coming years. [Because] the dynamics of plutonomy are still intact."

And so they were, before the great collapse of 2008. And so they are, today, after the fall. While millions of people have lost their jobs, their homes, and their savings, the plutonomists are doing just fine. In some cases, even better, thanks to our bailout of the big banks which meant record profits and record bonuses for Wall Street.

Now why is this? Because over the past 30 years the plutocrats, or plutonomists — choose your poison — have used their vastly increased wealth to capture the flag and assure the government does their bidding. Remember that Citigroup reference to "market-friendly governments" on their side? It hasn't mattered which party has been in power — government has done Wall Street's bidding.

Don't blame the lobbyists, by the way; they are simply the mules of politics, delivering the drug of choice to a political class addicted to cash — what polite circles call "campaign contributions" and Tony Soprano would call "protection."

This marriage of money and politics has produced an America of gross inequality at the top and low social mobility at the bottom, with little but anxiety and dread in between, as middle class Americans feel the ground falling out from under their feet. According to a study from the Pew Research Center last month, nine out of ten Americans give our national economy a negative rating. Eight out of ten report difficulty finding jobs in their communities, and seven out of ten say they experienced job-related or financial problems over the past year.

So it is that like those populists of that earlier era, millions of Americans have awakened to a sobering reality: they live in a plutocracy, where they are disposable. Then, the remedy was a popular insurgency that ignited the spark of democracy.

Now we have come to another parting of the ways, and once again the fate and character of our country are up for grabs.

So along with Jim Hightower and Iowa's concerned citizens, and many of you, I am biased: democracy only works when we claim it as our own. 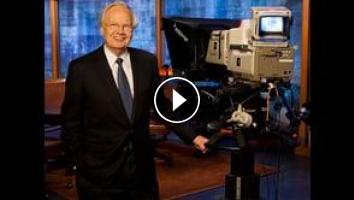 An excerpt from "Bill Moyers Journal" (premiered April 30, 2010) BILL MOYERS: You've no doubt figured out my bias by now. I've hardly kept i...