Added 2 years ago by aravindh060
14 Views
National Security Advisor H.R. McMaster resigns. Cenk Uygur and Ana Kasparian, the hosts of The Young Turks, tell you who his successor will be. Tell us what you think in the comment section below. http://www.tytnetwork.com/join

The President said on Twitter that a “formal handover” would occur in April.

“I am thankful to President Donald J. Trump for the opportunity to serve him and our nation as national security advisor. I am grateful for the friendship and support of the members of the National Security Council who worked together to provide the President with the best options to protect and advance our national interests”, Mr McMaster said in a statement.”

Download audio and video of the full two hour show on-demand + the members-only post game show by becoming a member at https://goo.gl/v8E64M. Your membership supports the day to day operations and is vital for our continued success and growth. 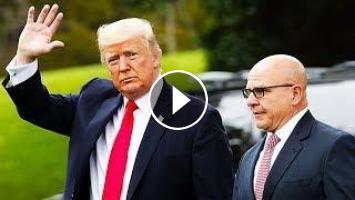 National Security Advisor H.R. McMaster resigns. Cenk Uygur and Ana Kasparian, the hosts of The Young Turks, tell you who his successor will be. Tell ...