Added 2 years ago by aravindh060
41 Views
Police were closing in on the suspect’s vehicle when it detonated. Cenk Uygur and John Iadarola, hosts of The Young Turks, discuss. Tell us what you think in the comment section below.

"A man whom police had identified as their top suspect in a string of deadly bombings in the Austin, Texas, area this month killed himself early Wednesday by triggering an explosion in his car as officers approached the vehicle to make an arrest, police said Wednesday.

Officials identified him as 23-year-old Mark Anthony Conditt, from Pflugerville, Texas, outside Austin.

Hours after he died, the situation remained fluid as Pflugerville's downtown was evacuated.

The Associated Press reports that police cleared the area after investigators had conducted a search of Conditt's home.

Pflugerville Mayor Victor Gonzales asked residents to remain vigilant. "What may seem suspicious to you could be an important detail to help in this investigation," Gonzales said in a video message.”* 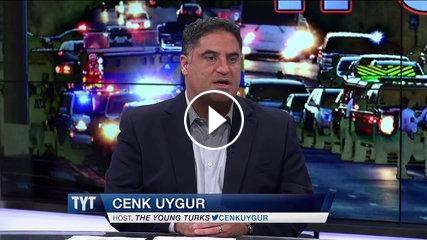 Police were closing in on the suspect’s vehicle when it detonated. Cenk Uygur and John Iadarola, hosts of The Young Turks, discuss. Tell us what you t...