On the sudden demise of sitting TDP MLC MVVS Murthy in a road accident on Wednesday, Chief Minister Nara Chandrababu Naidu expressed shock and grief in a statement. Chandrababu Naidu said that he served society as a politician and academician. Murthy founded and successfully running the one of highly reputed Gitam University. Murthy is relative of Chief Minister family. This is fourth biggest loss to TDP in the span of couple of months. Film star Nandamuri Harikrishna died in an accident recently, then MLA Kidari Sarveswara Rao and Ex MLA Siveri Soma were allegedly killed by Maoists, a week ago and now Murthy died. Murthy, a former Vishakhapatnam MP, was travelling in a van with four other members of his family.MVVS Murthy, a senior Telugu Desam Party leader and the director of GITAM University, has died in a road accident in the US.Murthy, a former Vishakhapatnam MP, was travelling in a van with four other members of his family. At least four of the five people were killed.Kadiyala Venkata Ratnam, a social entrepreneur, is reportedly in critical condition."The sudden demise of senior leader & MLC MVVS Murthy Garu is a devastating loss to the party and family," said TDP General Secretary Nara Lokesh."An unwavering champion for education and employment creation, he touched many lives with his deep compassion and empathy. His was a life well-lived!"
Top Ten Telugu Trending Videos from Our Channel 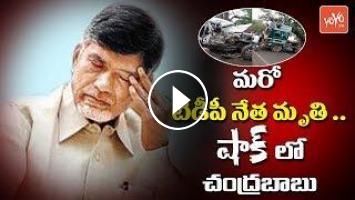