Added 6 months ago by aravindh060
7 Views
Cory Booker's campaign manager, Addisu Demissie, spoke with CBSN political reporter Caitlin Huey-Burns about what's next for the New Jersey Democrat's campaign. Demissie also discussed what viewers can expect to see from Booker at the next Democratic debate. 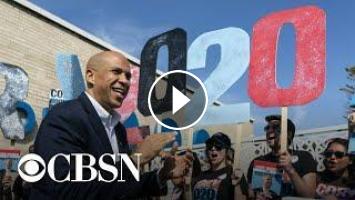