Added 2 years ago by aravindh060
32 Views
Thanks for watching....
Nevados de Chillán
https://en.wikipedia.org/wiki/Nevados_de_Chillán

At the mid-oceanic ridges, two tectonic plates diverge from one another as new oceanic crust is formed by the cooling and solidifying of hot molten rock. Because the crust is very thin at these ridges due to the pull of the tectonic plates, the release of pressure leads to adiabatic expansion and the partial melting of the mantle, causing volcanism and creating new oceanic crust. Most divergent plate boundaries are at the bottom of the oceans; therefore, most volcanic activity is submarine, forming new seafloor. Black smokers (also known as deep sea vents) are an example of this kind of volcanic activity. Where the mid-oceanic 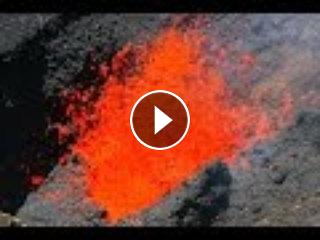