Added 1 year ago by vijaykumar322705
3 Views
A new court filing in former National Security Advisor Michael Flynn’s case, reveals Flynn told Mueller about specific, documented instances, where people linked to the Trump administration may have affected even his willingness to cooperate with the Russia probe. Former Attorney General Eric Holder tells reporters he believes there are grounds for impeachment.
» Subscribe to MSNBC: http://on.msnbc.com/SubscribeTomsnbc 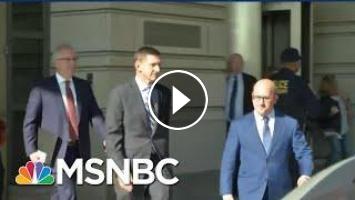