Today we cover Forcing Evil Persecuting Righteousness on Prophecy Headline News. If ever you doubted that the end of day’s existed, you should not doubt now! We are there and the Middle East is embroiled in the religious furvor of Jihad which has taken in the nations from America and the UK to other Arab nations like Saudi Arabia. Center stage in that war is the latest in Islamic bad guy known as ISIS. It is also known as ISIL [Islamic state of Iraq and the Levant] or IS [Islamic State] and they are just a pin on the map of global jihad and all nations will face or are facing this today. Nations like Turkey who have been relatively quiet now find themselves with a major unfolding battle at Kobani which lay on its border with Syria. Kobani is a test for ISIS as they take on the Kurdish forces holding the city. America with her allies along with some Arab nations like Saudi Arabia; are controlling the air and bombing selective targets; although this has not stopped ISIS. But as politics get in the way, the smaller force of Kurds find that time is not on their side. They need food, water, ammo, and reinforcements. Turkey is dragging her feet in providing a safe path to re-enforce the Kurds as they run out of everything. Turkey has had dealings with the Kurds and past military action against them makes it expedient to not help too much. If ISIS destroyed the Kurds, it would help Turkey. But Politically Turkey is being pressured worldwide to do something. Recently they allowed the Allies to use one of their bases for Air strike missions. In all this the Kurds have definitely turned back ISIS attacks; however the battle for Kobane is not over. ISIS, the Islamic State is pulling no punches in its war to battle its way to a clear victory for their god. As the war at Kobane or Kobani as it is known continues, ISIS is also on the doorstep of Baghdad and in this city are 1500 American soldiers who were tasked with training Iraqi soldiers. If ISIS takes over, it’s systematic slaughter, beheading, killing, and it’s immoral ways will become evident as rape follows alongside pillaging...listen to show for the rest or go to the original post at www.warn-usa.com to read this in it's entirety. 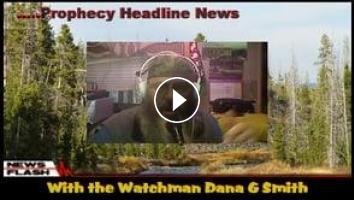