Added 5 months ago by vijaykumar322705
10 Views
JOKER Teaser Trailer 2019 Robert De Niro, Joaquin Phoenix-on October 4, 2019
---------------
The wait is finally over as Joaquin Phoenix is here to bring back the horror of the famous Batman villain with the upcoming film 'Joker.' The psychological thriller will feature Joaquin as the classic bad boy of the DC universe. DC treated their fans with the trailer of the film on their Twitter handle. "Put on a happy face. @JokerMovie - in theaters October 4. #JokerMovie, the tweet read. The chilling first trailer of the crime drama gives the audience the first look at Phoenix's character, a clown and comedian from Gotham who seems to have fallen on hard times. "My mother always tells me to smile and put on a happy face. She told me I had a purpose, to bring laughter and joy to the world," Phoenix's character can be heard saying in voiceover as the video features him helping bathe his mother, played by actor Frances Conroy. In the following scene, Arthur can be seen getting attacked in the street, which shows him changing and his life taking a turn life forever and forces him to go down the dark path. "Is it just me, or is it getting crazier out there," Arthur can be seen saying, which will surely send chills down your spine! The trailer also gives a sneak peek into his enthralling transformation from Arthur to Joker. In the video, he can be seen trying out different Joker outfits, before finally dying his hair green and featuring in his signature costume. "I used to think my life was a tragedy. But now I realize, it's a comedy," Joker says as he goes through the transition. The fascinating trailer also gives a glimpse of some of the most dramatic moments in the film. Apart from Phoenix essaying the titular role, the film will also star Dante Pereira-Olson, who will play the young Bruce Wayne, and Douglas Hodge, who will essay the role of the butler Alfred Pennyworth. The psychological drama also stars veteran Robert De Niro and Marc Maron of 'Deadpool 2' fame. The film is being described as an "exploration of a man disregarded by the society that is not only a gritty character study but also a broader cautionary tale." Put on a happy face as the film is scheduled to hit the big screens on October 4, 2019.
Please help me get 100 subcride. thanks so much
------------------------------
Sub channel here: https://www.youtube.com/channel/UCyFkq1OQDNdHuGbpxlBbSow?sub_confirmation=1
Hot Movies Trailer : https://dailymotion.com/playlist/x6fn40
Dailymotion Channel : https://www.dailymotion.com/Y2K1MSUB
Fanpage: https://www.facebook.com/Movies24h.7 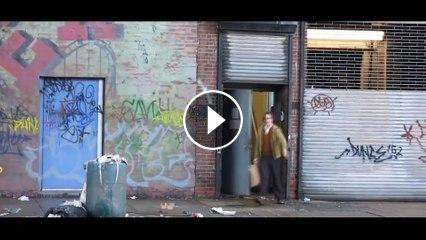