Telangana election results 2018: TRS ahead in over 80 seats

Exit polls had predicted a win for K Chandrashekar Rao but the victory margin was smaller. Telangana Rashtra Samithi is leading in 82 of the state's 119 seats.

K Chandrashekar Rao's move to dissolve the Telangana assembly appears to have paid off handsomely as his Telangana Rashtra Samithi established a huge lead over the Congress-Chandrababu Naidu alliance in the Telangana assembly elections today. The party is leading in 89 of the state's 119 seats, the alliance in 22. The BJP is aheda in two seats.
For the Congress and Mr Naidu, a setback in the state will have ramifications for their efforts to forge a united opposition. Mr Naidu has taken on the task of forging a united front for which, a huge 21-party meeting was held in Delhi yesterday.


Exit polls had predicted a win for KCR, as Mr Rao is popularly known. But the victory margin was smaller.

The counting was preceded by high drama In the state. Yesterday, despite the exit poll predictions, the Congress and Mr Naidu's Telugu Desam Party had met Governor EL Narasimhan and requested that in case of a split verdict, they be given the first chance to form government.

The state BJP, which had bitterly criticized KCR and his party during the election campaign, hinted that they were open to backing the TRS if it distances itself from the AIMIM. But it was shot down by the party. State BJP leader K Laxman, who made the unauthorized offer, was severely reprimanded by his party. 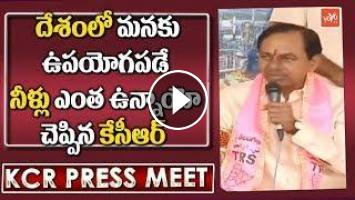