The TRS which won 87 seats in the Assembly polls will hold its legislature party meeting at Telangana Bhavan on December 12 at 11.30 am. This was informed by TRS Boss K Chandrasekhar Rao during a press conference here.

The TRS LP will elect its leader in the meeting to be attended by all leaders who won in the polls and others. Of 119 seats, the TRS wrested 87 which are adequate to form the government without taking help of any other political party, as stated by MIM chief Asduddin Owaisi. The TRS rank and file are celebrating the victory across the state.


It can be safely said that the legislature party will elect the party chief K Chandraseklhar Rao, as its leader, to head the Government in the State. The election is only a formality now. (NSS) 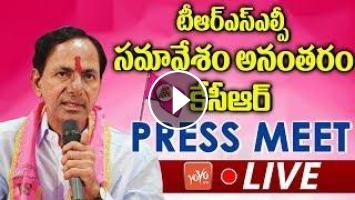