Some of these songs from unreleased/shelved films have been released on albums Tere Bagair and Kaise Kategi Zindagi. Some songs were found on his master tapes, while others have been lost.

MADAN MOHAN
Beginning with Ankhein (1950), he went on to compose timeless, pristine songs in films like Bhai Bhai, Dekh Kabira Roya, Adalat, Sanjog, Anpadh, Woh Kaun Thi, Mera Saaya, Dastak, Heer Ranjha and last but not the least Mausam. Though unfortunately, he did not win a single Filmfare award for his compositions, he won National award for the film Dastak (1970).
He was never in the rat race, but he was a special prodigy. The audience of today also find his music relevant and suitable. The best example of this being Veer Zara, which released in 2004. Yash Chopra re-recorded some unused compositions of Madan Mohan and it gives thumping evidence of his genius. The maestro still has a list of exotic numbers which are unreleased or haven’t been heard or more sadly some are lost.
मेरे अश्कों का ग़म न कर
Mere ashqon ka ghum na kar ae dil
Apani barbaadiyon se dar ae dil 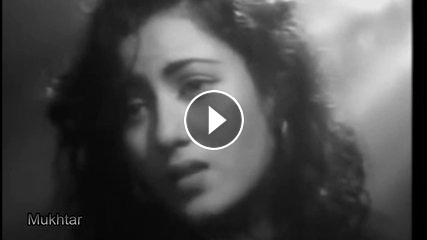