Added 2 years ago by aravindh060
5 Views
Contrary to what people may have believed, celebs haven't just spent their enormous paychecks on themselves—they've spent it on their kids as well! Some of your favorite A-listers have passed down their lavish lifestyles on their mini-me’s!

While Kim Kardashian, for instance, may have saved a few bucks by recycling her older kids’ North, 4, and Saint’s, 2, crib for her new bundle of joy, Chicago, she’s made sure that the newborn has been able to relish in her own expensive items—including a $1,495 gliding nursing chair, a $575 cloud-motif rocker and a $1,900 tweed and leather bassinet!

Kim’s sister Kylie Jenner, however, has opted to bring her firstborn Stormi (with boyfriend Travis Scott) into the world in elaborate style starting with the little one’s nursery. The 20-year-old has decked out Stormi’s digs with a pink heart wall-hanging by artist Damien Hirst (the same design Victoria and David Beckham commissioned for their daughter Harper, 6, which cost nearly $1 million), a vintage dollhouse with designer doll clothes and a closet full of baby sneakers. “Kim has advised Kylie that her baby needs to be on trend,” noted an Ok! insider. Clearly she took that advice to heart!

“Chicago and Stormi are living the high life already,” revealed the insider. “Their nurseries are stocked to the ceiling with all of the fanciest designer goods, and the gifts they’re receiving by the day are overflowing into separate rooms!” So far, the source said, the newborns’ hauls include an array of custom baby Gucci loafers for Chicago (grand total: $8,000) and a $200,000 ruby pendant and diamond tiara for Stormi. Both of them are not even two months old!

Because the baby cousins are so close it age, Kim and Kylie have ensured that they don’t outdo each other. In fact, they’ve even started twinning with their lavish style! “They have identical Ferrari-branded strollers,” spilled a source.

But the Kar-Jenners haven’t just showered their kids with elaborate gifts. They’ve also made sure that these little ones become mini-empires even at a young age! Kylie admitted her latest makeup collection, based on Stormi’s name, was in the works long before she gave birth. And a source claimed Kim’s hubby Kanye “is already trying to trademark Chicago’s name to cash in with Yeezy designs.” Added the source, “This family has no problem spending, because they’re always thinking of ways to generate cash.”

The Kardashian clan hasn’t been the only A-listers to drop major cash on their little ones. They won’t be upstaged by Beyoncé and Jay Z, whose firstborn Blue Ivy, 6, owned a $600,000 gold rocking horse in her nursery. Dished a source, “She has her own personal staff, including a stylist, chef and butler, who must, Blue insists, wear a tuxedo.”

Meanwhile, Sandra Bullock hasn’t wasted a dime on her kids Louis, 8, and Laila, 5, either. They’ve enjoyed their own tennis court and pool in the backyard! And ex-nanny told OK! that the star’s son has been “taking tennis lessons since he was 2.”

Not to be outdone by her fellow A-listers, Katie Holmes also dropped $24,000 on a Victorian playhouse for her 11-year-old daughter, Suri (with ex Tom Cruise). And that’s not all! The mini fashionista has received “a clothing allowance of over $1 million a year,” one caretaker told OK!, and has “a personal massage therapist who treats her after each of her dance classes!”

Of course the royal family was not about to let their young royalty go without the finer things! Two-year-old Charlotte, Duchess Kate and Prince Charles’ little one, has boasted an array of goodies, including a 18-karat white gold rattle encrusted with jewels from the Natural Sapphire Company (worth an estimated $44,000). The toddler has also received a set of silk figurines from the president of China and a custom stuffed animal from Michelle and Barack Obama.

It hasn’t just ended with nice stuff! Angelina Jolie has made sure that her brood has been well taken care of despite their father Brad Pitt moving out of the house. In fact, a source shared, “[Shiloh Jolie-Pitt] has an on-call therapist to chat with any time she’s feeling anxious.”

What do you think of these celebrity kids' lavish lifestyles? Sound off in the comment section! 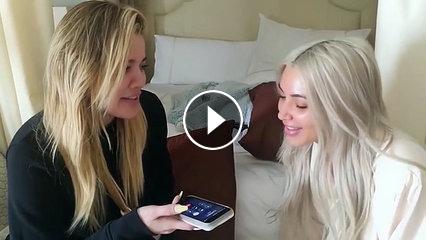 Contrary to what people may have believed, celebs haven't just spent their enormous paychecks on themselves—they've spent it on their kids as well! So...