Added 2 years ago by vijaykumar322705
8 Views
JOIN THE HOME OF PROGRESSIVES: http://tyt.com/JOIN


The wins, losses, and potential recounts. Cenk Uygur, host of The Young Turks, breaks it down.

"The final price tag for the 2016 election is in: $6.5 billion for the presidential and congressional elections combined, according to campaign finance watchdog OpenSecrets.org.

The presidential contest — primaries and all — accounts for $2.4 billion of that total. The other $4 billion or so went to congressional races. The tally includes spending by campaigns, party committees and outside sources. It's actually down, slightly, in inflation-adjusted terms from 2012 and 2008.

$6.5 billion is a staggering sum. With that much money you could fund the Corporation for Public Broadcasting for 15 years, fix the Flint, Mich., lead pipe problem 30 times over or give every public school teacher a $2,000 raise.

Instead, Americans used that money to fuel a 596-day political contest that most of us were 'disgusted' by well before it was over." 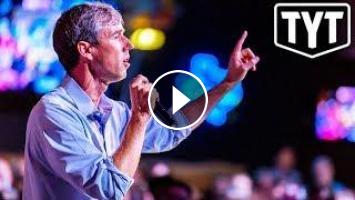 JOIN THE HOME OF PROGRESSIVES: http://tyt.com/JOIN The wins, losses, and potential recounts. Cenk Uygur, host of The Young Turks, breaks it down. Read...