Added 2 years ago by aravindh060
37 Views
Sign the petition now at http://www.DraftBloomberg.com

We need Mike Bloomberg to run now, more than ever, as a pragmatic, non-partisan, and proven effective leader. Especially with the current downward economic trend, we need someone with real experience to navigate and lead us through our nation's massive economic issues.

The petition to draft Mike Bloomberg at http://www.DraftBloomberg.com is gathering signatures and support from all accross America, from people like you who think Mike is our best choice and want to do their part to convince him to enter the race. He can and will win, if he enters, but time is short, and he needs to know now that you want him to run!

Go now to http://www.DraftBloomberg.com and sign the petition. Tell your friends, family and anyone you know.

A uniquely qualified and proven leader, Mayor Mike Bloomberg can:

1. Fix the economy - he's the founder of the largest financial information, news and media company in the world.

2. Fix Washington - he's the most non-partisan and proven CEO in American politics.

3. End lobbyist corruption - he would be a President who owes nothing to the lobbyists, the special interests or the political extremes.

Because you're not satisfied with the current choices.

Because you believe America needs to truly move beyond partisan politics.

Because the economic state and the good of our country needs him.

Because Mike Bloomberg is the best one for the job. 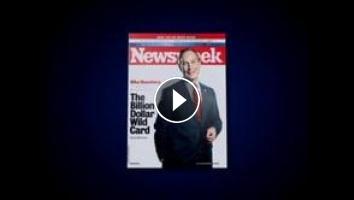 Sign the petition now at http://www.DraftBloomberg.com We need Mike Bloomberg to run now, more than ever, as a pragmatic, non-partisan, and proven eff...