Millionaire Chiefs but Indians on Reserves live in poverty

http://www.med.uottawa.ca/sim/data/Aboriginal_Intro_e.htm
What the transparency act reveals about the pay of Aboriginal politicians

Chief Arthur Noskey earned a salary of $103,000 last year as the elected leader of the Loon River Cree, a northern Alberta First Nation with an on-reserve population of fewer than 500

Early attention was dominated by the revelation that Chief Ron Giesbrecht, of the the tiny Kwikwetlem First Nation in British Columbia’s lower mainland, took home an eye-popping $914,219 for the 12 months that ended last March 31. Incredulous news reports of Giesbrecht’s pay were followed by angry protests from some members of his First Nation, which has just 35 members living on its reserve

A Quebec aboriginal man who repeatedly burned a five-year-old girl with a cigarette, leaving permanent scars on her face, arms, legs and genitalia, has been given a lenient sentence after a judge determined he is a “collateral victim” of residential school abuse.

Alain Bellemare, an Atikamekw from Wemotaci, Que., about 270 kilometres north of Montreal, was convicted of aggravated assault last June, and Crown prosecutor Éric Thériault sought a four-year prison term on the grounds that serious crimes against children have to be forcefully denounced. He noted that the 2011 assaults caused 27 third-degree burns — 25 from a cigarette and two from a lighter. The victim, who cannot be identified, was left to suffer without medical treatment.

Millionaire Chiefs but Indians on Reserves live in poverty 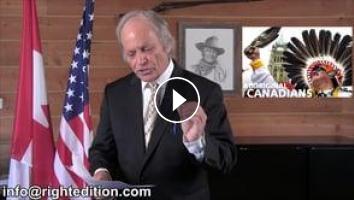