- Content: Accused child rapist and President of the United States Donald Trump remains unwavering in his support of his Supreme Court nominee, Brett Kavanaugh, despite allegations that Kavanaugh sexually assaulted a girl when they were both still in high school.
Christine Blasey Ford’s claims are credible, and in a sane democracy, they would disqualify Kavanaugh from sitting on the most powerful court in the world. Of course, these are the mad days of Trump, and the Republicans in the Senate and House are all too happy to defend an accused attempted rapist if it means shifting the Supreme Court further rightward.
The New Yorker described the attack, which was outlined in a letter Senator Diane Feinstein (D-CA) sent to the FBI.
“In the letter, the woman alleged that, during an encounter at a party, Kavanaugh held her down, and that he attempted to force himself on her. She claimed in the letter that Kavanaugh and a classmate of his, both of whom had been drinking, turned up music that was playing in the room to conceal the sound of her protests, and that Kavanaugh covered her mouth with his hand. She was able to free herself.”
Prominent Democrats have understandably requested that the FBI look into the story, but Bloomberg News reports that theTrump administration hasn’t asked the FBI to open an investigation into Kavanaugh.
Two sources explained to Bloomberg that the White House is responsible for requesting an investigation in this case, and unless the Trump administration chooses to do so, Professor Ford’s claims against Kavanaugh will go unexamined.
Instead, Trump and his team are preparing for a “counteroffensive” in which they will work to discredit the accusations and Ford herself, according to an administration official.
It’s a heinous but unsurprising strategy for a president who has repeatedly denied the numerous allegations of sexual misconduct laid at his feet and demonstrates the risk of electing a sexual predator: they help other sexual predators gain power.
Former FBI Agent Ronald Hosko explained to Bloomberg that the FBI would be capable of vetting Kavanaugh by interviewing him and Ford, looking for additional witnesses, and trying to confirm details of the story.
“You can go get yearbooks and start interviewing high school classmates. For creative-minded FBI people, they can generate leads all day long,” Hosko said. In other words, arguments claiming that the incident was too long ago to take seriously are inaccurate at best and deliberately misleading at worst.
The White House’s refusal to direct the FBI to investigate Kavanaugh represents a serious moral failing in a long series of moral failings. Kavanaugh must be voted down.
Original reporting by Chris Strohm and Shannon Petty at Bloomberg News. 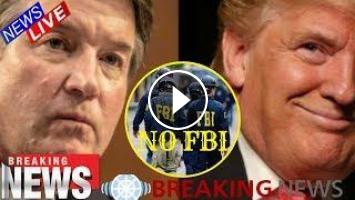