Added 2 years ago by aravindh060
7 Views
Being subpoenaed to appear in front of a judge is something most people want to actively avoid, but a report regarding the Obama-era FBI suggests dozens of agents want to have their day in court to expose government corruption.

During Sean Hannity’s Fox News program Friday, the conservative host said he has learned that more than two dozen FBI agents want to be subpoenaed in order to testify about widespread abuses and political bias that occurred at the bureau during the Hillary Clinton email scandal.

“We have an (Inspector General) report coming out, and I’m told as many as 28 people that have knowledge of the Clinton email server scandal want to be subpoenaed so they can tell the story of corruption at the highest levels of the bureau at that they love,” Hannity said.

It appears that Hannity isn’t the only one who sees a major rift between top-level FBI figures, like former Director James Comey, and the hardworking agents who want to see justice served.

Sara Carter, an investigative journalist whose reporting on Comey, the FBI and Clinton scandals has been proven correct with shocking accuracy, agreed with the Fox host.

“There are a lot of FBI agents that want to come out and speak,” Carter told Hannity. “A lot of them are current agents, which makes it very difficult for them, so they need to be subpoenaed. These are the things that Congress needs to act on.”

A growing stack of evidence backs up that claim.

The Daily Caller recently reported that several FBI agents have quietly come forward and admitted that many good people at the bureau are worried about speaking out because of career and legal reprisals from above.

FBI agents concerned about corruption are “hunkering down because they see good people being thrown to the dogs for speaking out and speaking out does nothing to solve the problems,” the Daily Caller quoted one agent who communicated via a former White House official.

Those rank-and-file agents believe the upper levels of the agency think they can get away with anything, while middle-level personnel are left powerless to speak out.

“It’s a question of basic credibility — Congress, the executive, and oversight are not seen to have any gravitas or seriousness,” The Daily Caller quoted its FBI source, who for obvious reasons wanted to stay anonymous. “The inmates have been running the asylum and they don’t respect, much less fear, their overseers. We know we’ll be hung out to dry.”

So-called “whistle-blower protections” are supposed to shield witnesses of abuse, but these are not always as strong as they should be.

But FBI members are apparently not convinced.

“Even with the enactment of the new (whistle-blower protection) law, what is the deterrent for retaliation against Whistleblowers?” an FBI source told the Daily Caller.

“The FBI executives will just stall, ignore, and run out the clock until the victim runs out of money for legal fees or else retires,” the agent noted.

Being ordered to testify under oath could be a sort of long-shot “Hail Mary” play to shine a light on the truth.

“That is why the new whistleblowers want to be subpoenaed,” the agent said, according to the Caller. “They simply don’t have the resources to fight the inevitable retaliation that will ensue, regardless of the new law.”

There is a clear hesitation for witnesses of “deep state” corruption to come forward — and that’s where Congress may come into play.

By subpoenaing FBI members who have direct knowledge of corruption and political games within the bureau, lawmakers could give the good people who are still with the agency the protection they need to expose the truth. 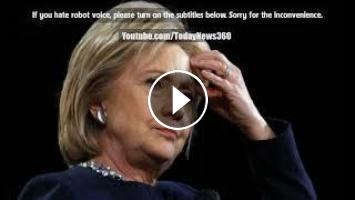 Being subpoenaed to appear in front of a judge is something most people want to actively avoid, but a report regarding the Obama-era FBI suggests doze...