So someone actually read the constitution? What a refreshing development… Sadly, it took them long enough. These despots should have known that they could not indict sitting president before this nonsense the end. Especially with no evidence of even a crime committed.

However, according to CNN, the conclusion is likely based on Justice Department guidelines and not a result of evidence gathered by Mr. Mueller’s team. The reporter additionally cautioned: “A lack of an indictment would not necessarily mean the president is in the clear.”

“The precedent that federal prosecutors cannot indict a sitting president is laid out in a 1999 Justice Department memo.”

Giuliani claims that Mueller has no choice but to follow the memo’s instruction, signaling it might be game over for Mueller.

“This case is essentially over,” Giuliani said. “They’re just in denial.” Still, this is simply confirming what we all knew for a long time- they can not indict President Trump, because there was no crime committed. So by personal vendetta and heavy political bias, funded by American taxpayers, Mueller’s legal Gestapo is now hell-bent on manufacturing a crime.

The cornerstone of Mueller’s indictments is a hoax! The Democrats are so very desperate that they are making big fools of themselves. It is already evident that Mueller is making a fool of himself and anyone with a brain knows he’s only doing all of this to keep 0bama’s crimes secret for as long as possible.

What we really need is a lawyer with who will file a class action lawsuit against Robert Mueller for fraud. He’s wasting our taxpayer money on an investigation without an underlying crime.

What do you think?

Share this article because the mainstream media will not report this! 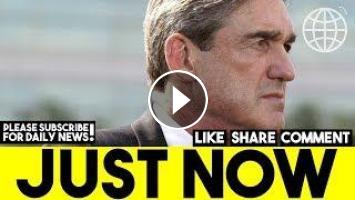