Added 2 years ago by aravindh060
36 Views
High profile Republicans are warning Trump not to fire Mueller. Cenk Uygur, the host of The Young Turks, breaks it down. Tell us what you think in the comment section below. Vote in the poll here:

“(CNN)Republicans are bluntly warning President Donald Trump to lay off his attacks on special counsel Robert Mueller, but there is scant support among the GOP to pass legislation that would prevent Trump from firing the special counsel.

Republican Senate leaders threw cold water Monday on passing a bill to protect Mueller, calling it unnecessary despite Trump's increasingly scathing attacks against the special counsel and his team.
But the Republican who chairs the Senate Foreign Relations Committee, Bob Corker of Tennessee, told CNN that lawmakers should include legislation to protect Mueller on a must-pass bill to keep the government open past Friday. He warned there would be "total upheaval" in the Senate if Trump were to fire Mueller.

"I can't possibly imagine why Senate leadership wouldn't place a protection in this (spending bill) that's coming through," Corker told CNN. "That would be the perfect place for them to deal with it." 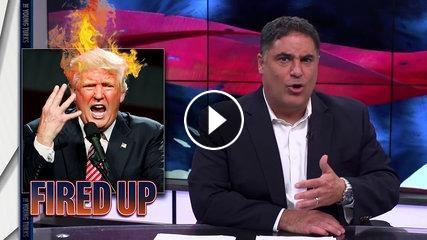 High profile Republicans are warning Trump not to fire Mueller. Cenk Uygur, the host of The Young Turks, breaks it down. Tell us what you think in the...