Added 1 year ago by vijaykumar322705
8 Views
Sivakarthikeyan’s upcoming film with director Rajesh has been titled ‘Mr. Local’. Since the title was revealed there have been speculations that the film might be a remake of the Telugu hit film starring Nani that had a similar title ‘Nenu Local’. To clarify this director Rajesh had informed that 'Mr. Local' is an original script and not a remake. Further, in a recent interview, he also said that the film has been named as it's the apt title without divulging the characters or plot of the film. 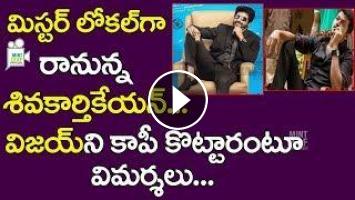 Sivakarthikeyan’s upcoming film with director Rajesh has been titled ‘Mr. Local’. Since the title was revealed there have been speculations that the f...