Tallest Lighthouses in The World | Part 1

A lighthouse is a tower, building, or other type of structure designed to emit light from a system of lamps and lenses and used as a navigational aid for maritime pilots at sea or on inland waterways.

Lighthouses mark dangerous coastlines, hazardous shoals, reefs, safe entries to harbors, and can also assist in aerial navigation. Once widely used, the number of operational lighthouses has declined due to the expense of maintenance and replacement by modern electronic navigational systems.

Before the development of clearly defined ports mariners were guided by fires built on hilltops. Since raising the fire would improve the visibility, placing the fire on a platform became a practice that led to the development of the lighthouse. In antiquity, the lighthouse functioned more as an entrance marker to ports than as a warning signal for reefs and promontories, unlike many modern lighthouses. The most famous lighthouse structure from antiquity was the Pharos of Alexandria, although this collapsed during an earthquake centuries later.

The intact Tower of Hercules at A Coruña and the ruins of the Roman lighthouse at Dover Castle in England give insight into ancient lighthouse construction; other evidence about lighthouses exists in depictions on coins and mosaics, of which many represent the lighthouse at Ostia. Coins from Alexandria, Ostia, and Laodicea in Syria also exist.

The modern era of lighthouses began at the turn of the 18th century, as lighthouse construction boomed in lockstep with burgeoning levels of transatlantic commerce. Advances in structural engineering and new and efficient lighting equipment allowed for the creation of larger and more powerful lighthouses, including ones exposed to the sea. The function of lighthouses shifted toward the provision of a visible warning against shipping hazards, such as rocks or reefs.

The Eddystone Rocks were a major shipwreck hazard for mariners sailing through the English Channel.[1] The first lighthouse built there was an octagonal wooden structure, anchored by 12 iron stanchions secured in the rock, and was built by Henry Winstanley from 1696 to 1698. His lighthouse was the first tower in the world to have been fully exposed to the open sea.[2]

The civil engineer, John Smeaton, rebuilt the lighthouse from 1756--59;[3] his tower marked a major step forward in the design of lighthouses and remained in use until 1877. He modelled the shape of his lighthouse on that of an oak tree, using granite blocks. He pioneered the use of "hydraulic lime," a form of concrete that will set under water, and developed a technique of securing the granite blocks together using dovetail joints and marble dowels.[4] The dovetailing feature served to improve the structural stability, although Smeaton also had to taper the thickness of the tower towards the top, for which he curved the tower inwards on a gentle gradient. This profile had the added advantage of allowing some of the energy of the waves to dissipate on impact with the walls. His lighthouse was the prototype for the modern lighthouse and influenced all subsequent engineers.

Tallest Lighthouses in The World | Part 1 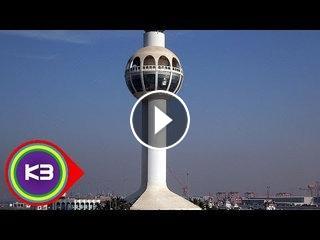