Synopsis
The Knight is a short Suspense Film.
The short film "The Knight" is about desire to achieve. When human forgets humanity, he can do anything. The short films revolves around three murders which were very much identical. Nobody is the world wants to loose. If you can take failure as step to success, you are a winner. If you want to win for any reason without handling the failure, then you are in trouble!! This short film shows you that there is no shortcut for success. If you go through shortcut, you will be "CHECK MATE!!"


Speciality:
"The Knight" is the short film which has won the awards for "Best Actor (Male)" and "Best Villain (Male)" category in the event "Janaspandana State Level Short Film Festival" held in Shivamogga on 28-Feb-2018. The film has the promising actors of Uttara Kannada, who are trying to mark their footsteps in acting field. 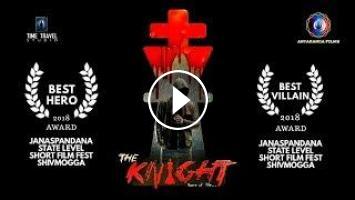