Fleetwood became a golfing superstar during the Ryder Cup last year but is yet to make his mark with a victory on the PGA tour or in one of the four golf Majors. However things could change this week with many tipping the 28-year-old to get the job done. Fleetwood is playing his third Masters, finishing T17th last year and failing to make the cut the year before. He has finished fourth and second in the US Open in his best performances in Majors to date but stresses winning is all he thinks about when getting to the business end of the action. "I feel great being here this week," Fleetwood said. "I feel now I've been here, this is my third time playing, you really get a sense of the difference in how you feel from year one to year two to year three. "Year one, it's all so new, and not overwhelming, but there's so much to take in and it's your first time here. "Year two, you've been here already, so you're more comfortable with it and it just kind of progressed to the point where, I'm not like Freddie Couples stage or anything like that, but I'm getting a better understanding and feeling of the tournament and the course and what that involves." Fleetwood is desperate to break his duck out in America and came close at the Players last month, trailing Rory McIlroy by two shots when he started the 17th. Trending  He went for the flag on the famous island green but saw his nine iron land him in the water before having to settle for a bogey four and a share of fifth place. But he stressed he will always play to win rather than holding back. Fleetwood said: “I’m always going to play to win. I didn’t think anything of it – I don’t know why people would expect me to play for the middle of the green if I had a chance of catching Rory. I was two behind with two to play and there was only one way I was going to get close – and it was to go for it. “I’m never going to look back on my career and say, ‘Oh, I finished third at the Players, that was a good week’, or, ‘Oh, I finished top five at the Masters, I made a couple of nice pars on the last two to finish top five’. “Winning is what it’s all about. I want to win the big tournaments – not from a financial standpoint.” 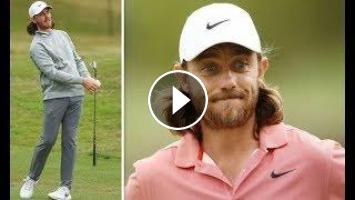