Added 10 months ago by aravindh060
13 Views
Remembering the late Tim Fischer, who died on August 21, 2019, age 73.
A widely respected and quirky political figure, Mr Fischer's remarkable career began as a 20-year-old conscript fighting in the jungles in Vietnam and ended in the Vatican as Australia's top diplomat.
But the Boy from Boree Creek made his greatest contribution in politics as the deputy prime minister, and will be remembered for the key role he played in reforming Australia's gun laws.
Recently as his health faded, Tim’s family invited Australian Story to join them on what turned out to be one of his last trips to his home town of Boree Creek.
By train, of course.
Producer: Ben Cheshire

About Australian Story:
Putting the "real" back into reality television, Australian Story is an award-winning documentary series with no narrator and no agendas — just authentic stories told entirely in people's own words. Take 30 minutes to immerse yourself in the life of an extraordinary Australian. They're sometimes high profile, sometimes controversial, but always compelling. It’s television guaranteed to make you think and feel. New episodes are available every Monday 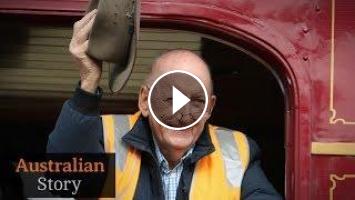