President Trump took to Twitter on Saturday and again slammed the media in a series of tweets.
"Watched MSNBC this morning just to see what the opposition was saying about events of the past week," Trump wrote. "Such lies, almost everything they were saying was the opposite of the truth. Fake News! No wonder their ratings, along with CNN, are WAY DOWN. The hatred Comcast has is amazing!"
In another tweet hours prior, Trump stated: "While the reviews and reporting on our Border Immigration Agreement with Mexico have been very good, there has nevertheless been much false reporting (surprise!) by the Fake and Corrupt News Media, such as Comcast/NBC, CNN, @nytimes & @washingtonpost. These 'Fakers' are Bad News!"
Trump has repeatedly gone after the media during his presidency.
"If the totally Corrupt Media was less corrupt, I would be up by 15 points in the polls based on our tremendous success with the economy, maybe Best Ever!" Trump tweeted last week. "If the Corrupt Media was actually fair, I would be up by 25 points. Nevertheless, despite the Fake News, we're doing great!" 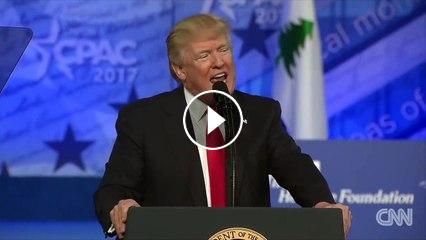