Added 2 years ago by sriraj2030
7 Views
Donald Trump is convinced that Google is against conservatives and has vowed "address" it. This segment is brought to you in partnership with Downticket. You can help even the playing field by contributing directly to your favorite candidate. Open up the browser on your mobile phone and go to http://downticket.com.

"President Donald Trump on Tuesday alleged that Google's search results for news about him and his administration are "rigged" to showcase too many liberal media outlets and too few "Republic/Conservative & Fair Media" sites.

"Google search results for 'Trump News' shows only the viewing/reporting of Fake New Media," he said on Twitter, "96% of ... results on 'Trump News' are from National Left-Wing Media, very dangerous," adding that it "will be addressed."

"I think Google is really taking advantage of a lot of people," Trump told reporters later Tuesday at the White House. "I think what Google and what others are doing, if you look at what is going on with Twitter and if you look at what’s going on in Facebook, they better be careful because you can’t do that to people."

And, he added, "I think that Google and Twitter and Facebook, they are really treading on very, very troubled territory and they have to be careful.”*

Download audio and video of the full two hour show on-demand + the members-only post game show by becoming a member at https://goo.gl/v8E64M. Your membership supports the day to day operations and is vital for our continued success and growth. 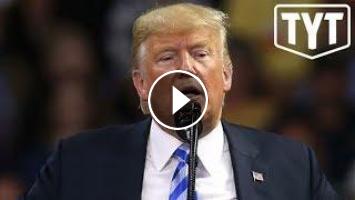 Donald Trump is convinced that Google is against conservatives and has vowed "address" it. This segment is brought to you in partnership wit...