Added 2 years ago by aravindh060
9 Views
German Chancellor Angela Merkel is rejecting President Trump's use of outdated German crime numbers to justify his controversial "zero tolerance" immigration policy. The president claimed on Twitter Tuesday that crime in Germany was up more than 10 percent "since migrants were accepted." The latest figures show that crime rate actually fell last year. Eurasia Group president and CBS News senior global affairs contributor Ian Bremmer joins "CBS This Morning" from Tokyo to discuss how the president's false claims are part of a growing list of issues between Mr. Trump and some of America's closest allies.


Delivered by Norah O’Donnell and Gayle King, "CBS This Morning" offers a thoughtful, substantive and insightful source of news and information to a daily audience of 3 million viewers. The Emmy Award-winning broadcast presents a mix of daily news, coverage of developing stories of national and global significance, and interviews with leading figures in politics, business and entertainment. Check local listings for "CBS This Morning" broadcast times. 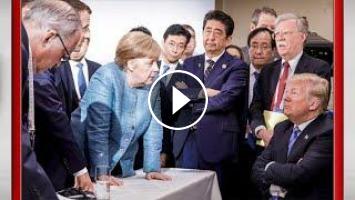