Added 2 years ago by vijaykumar322705
4 Views
'Tucker Carlson Tonight' investigates: NBC News chair Andy Lack claims they did not have enough evidence to air Ronan Farrow's sex scandal story on Harvey Weinstein. But Megyn Kelly pointed out they had actress Rose McGowan on record. Why the coverup? Weinstein had a long history of using private investigators to unearth damaging info about people who threatened him. Did he do that to NBC leadership? Some within the company believe Weinstein threatened to reveal damaging info Matt Lauer. #Tucker

FOX News Channel (FNC) is a 24-hour all-encompassing news service dedicated to delivering breaking news as well as political and business news. The number one network in cable, FNC has been the most watched television news channel for more than 16 years and according to a Suffolk University/USA Today poll, is the most trusted television news source in the country. Owned by 21st Century Fox, FNC is available in more than 90 million homes and dominates the cable news landscape, routinely notching the top ten programs in the genre. 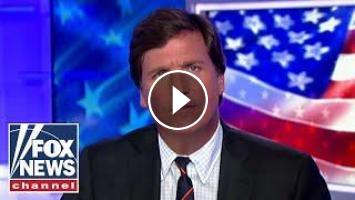