Two South Korean nationals seized by Houthi rebels in the Red Sea on Monday have now been released and are safe.
Seoul's foreign ministry said on Wednesday that they were freed at 12:40a,, Korea time.
It added their release was possible due to close coordination between South Korea and its allies, especially the U.S. and Saudi Arabia.
Houthi rebels in Yemen had detained three boats in the Red Sea,...carrying two South Korean nationals and 14 others.
They claimed the ships, which were traveling from Saudi Arabia to Somalia, violated their territorial waters. 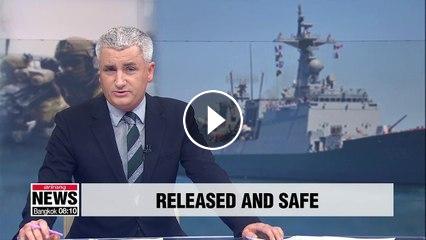