Added 2 years ago by aravindh060
6 Views
두 번째 '노비촉 중독'에 英•러 갈등 재점화
Britain and Russia have traded accusations about the latest nerve agent poisoning in southwest England.
For more on this and other news around the world we turn to our Ro Aram…
Aram… what's the latest?

"…..It is now time that the Russian state comes forward and explains exactly what has gone on….. It is completely unacceptable for our people to be either deliberate or accidental targets, or for our streets, our parks, our towns to be dumping grounds for poison."

He also reassured the public that both areas of the poisoning have been decontaminated and pose no significant risk.
The accusations sparked a defiant response from Moscow.

"For the sake of safety of the residents of our continent, we are calling on the government of Theresa May to stop intrigues and games with poisonous chemical agents, and to stop creating obstacles for the joint investigation of what happened on the British territory to Russian residents."

The Kremlin has again vehemently denied involvement in both poisonings, demanding London that it be part of the investigation.
As of yet, both countries have not provided any concrete evidence on both the Amesbury and Salisbury cases to back up their claims against each other. 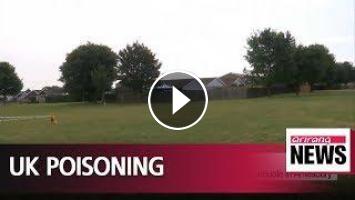 두 번째 '노비촉 중독'에 英•러 갈등 재점화 Britain and Russia have traded accusations about the latest nerve agent poisoning in southwest England. For more on this and...