Why Oklahoma Teachers Are About To Walk Out

Added 2 years ago by aravindh060
28 Views
West Virginia teachers may have inspired Oklahoma teachers. Ana Kasparian and Mark Thompson, hosts of The Young Turks, discuss. Tell us what you think in the comment section below.

"Lyndsey Stuart is a history and leadership teacher at Bartlesville High School in Oklahoma. She’s been teaching for 10 years. And she’s never had a raise.

“I don't think any teacher goes into the profession and thinks, ‘Oh my gosh, I'm going to be a millionaire,’’’ Stuart said. “But we also don't think that we're going to be that close to poverty.”

Earlier this month, the state teachers union, the Oklahoma Education Association, called for teachers to walk out of their classrooms on April 2, the day after the state Legislature is required to pass an education budget. They’re calling for a $10,000 raise for teachers over three years, as well as a $200 million increase in funding for education, which has been cut 28.2 percent since 2008.”*

Why Oklahoma Teachers Are About To Walk Out 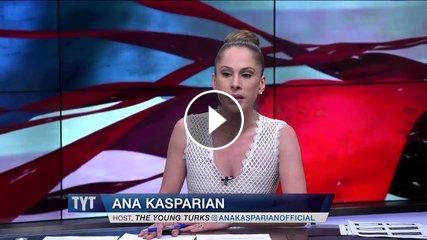 West Virginia teachers may have inspired Oklahoma teachers. Ana Kasparian and Mark Thompson, hosts of The Young Turks, discuss. Tell us what you think...