Added 2 years ago by deol
22 Views
Synopsis : Amar, young and smart foreign returned Mines Engineer moves to Lalitpur to reopen his own coal mines which were closed down fifteen years back after the mysterious deaths of Amars father and uncle. . But before he reaches to his destination he meets a beautiful mysterious girl Milie performing mujra in mysterious Pili Haveli. While crossing the long and dark valleys, Milie suddenly vanishes and Amar collides with Milies skelton in pitch dark. . Amars friend police inspector Vikram tells him that Milie had died five years back and it is her soul which is astounding in search of peace. Amar doesnt believe and keeps on trailing Milie wherever he sees her. Once while trailing Milie Amar finds inspector Vikrams dead body and is accused for his murder. Meanwhile Amar goes back to city and gets married but has to run back to Lalitpur leaving his forest night because his friend Vijay meets an accident after reaching there he finds it was a minor accident. . Now one after another incident holds Amar to go back to meet his newly wedded bride. His mother reaches Lalitpur with his bride. Amar happily goest to meet his wife but once again he is forced to leave his golden night by danger siren. Amar runs towards calling madly but on the way he is attacked by mysterious people and the police saves him. . Amar reaches home and finds his bride missing. He runs to find her but is taken on gun point by his own servant John and the real race with the devil starts. A race in which the devil is only interested to kill Amar.

SUBSCRIBE for the best Bollywood videos, movies and scenes, all in ONE channel https://www.youtube.com/user/seplfilmidhamaka.

Your One Stop Destination For All The Latest Videos Subscribe Now!
http://www.youtube.com/subscription_center?add_user=seplfilmidhamaka 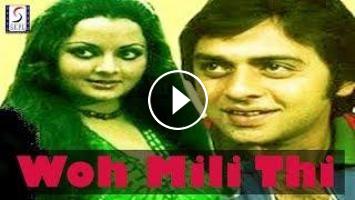 Synopsis : Amar, young and smart foreign returned Mines Engineer moves to Lalitpur to reopen his own coal mines which were closed down fifteen years b...